PrevQuiz: How Bike-Friendly is Your City?24 August 2020Next 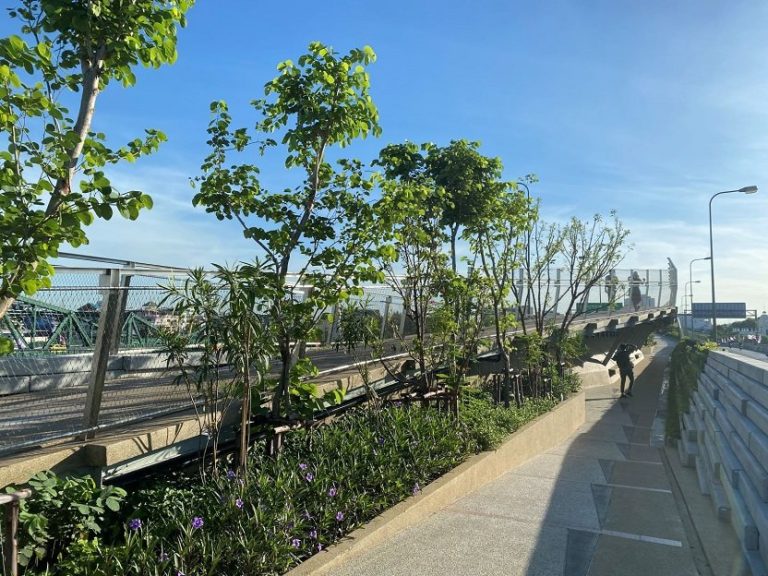 The Phra Pok Klao Sky Park in Bangkok, which is scheduled to open later this month, connects neighbourhoods on either side of the Chao Phraya river and was built on an elevated rail line that lay unused for more than three decades.

“It is an example of how to repurpose an abandoned structure and increase green spaces in Bangkok through cost-effective design,” said Niramon Serisakul, director of Urban Design and Development Center, a consultancy that led the project.

“It may not be large, but it has outsized importance as a catalyst for urban regeneration, and can change the way people look at public spaces,” she said.

“The effects of climate change are being felt more, so we need more green spaces,” Asawin Kwanmuang, governor of the Bangkok Metropolitan Administration, said at a ceremony to plant trees ahead of the park’s opening.

“Our goal is to increase green space in Bangkok from about 6 square metres (65 sq ft) per person to 9 square metres per person. At the same time, we want to reduce the number of cars and make the city more walkable,” he told the Thomson Reuters Foundation.

The park, measuring 280 metres by 8 metres, makes it easier for residents to access nearby schools, markets and places of worship, said Niramon.

At the same time, we want to reduce the number of cars and make the city more walkable.

The goal is to replicate Paris’s “15-minute city”, where people can reach their destination within 15 minutes of walking, cycling or using mass transit, she said.

Bangkok’s new sky park can be a model for swathes of unused land under the city’s expressways, said landscape architect Kotchakorn Voraakhom, who was involved in the project.

Parks and rooftop gardens can reduce air pollution and harmful emissions, and also limit flooding, said Kotchakorn, who has designed a rooftop farm and park that can retain water.